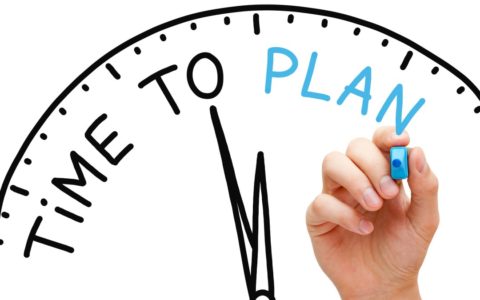 Purposeful Planning: How the Execution of Autonomy Moderates Stress and Produces Contentment

Anyone possessing moderate experience interacting with law enforcement professionals, is well versed in the tradition of officers providing regular status reports on their retirement exit date.  Officers will routinely offer this update whenever a discussion regarding some stressful or other despised aspect of their job is discussed.  Recently, I had a telephone conversation with a patrol sergeant from a neighboring agency.  While discussing the issue of insufficient staffing levels at both of our agencies, he spontaneously offered his personal countdown status, “333 days and I’m out of here.”

Although I have never served time in or worked in a prison or jail, I can confidently assert a similar statement is uttered each day within the walls of our correctional facilities.  I suggest the tendency for many officers to frequently speak of their remaining required service time until retirement eligibility as if it were a prison sentence, is a reflection of inner discord, burgeoning cynicism and general dissatisfaction with their unbalanced career focus, further aggravated by the neglect of important aspects of their personal lives.  When questioned regarding post law enforcement career plans, the same officer proclaiming his or her exit date will often answer with some derivative of, “I don’t know, but it won’t have anything to do with law enforcement.”  Ironically, many officers can be found returning to the law enforcement profession within a year of retirement, while proclaiming, “The only thing I know how to do is cop work.”

The countdown declaration, coupled with the admission of nonexistent post law enforcement career plans is a paradox.  The officer expresses unequivocal intent on exiting on the first day of retirement eligibility, but has engaged in no purposeful behavior aimed at accomplishing a specific objective, in the pursuit of a new career option or other purposeful endeavor.  As officers choose to concentrate their emotional energy and time on the police officer role, at the exclusion of all other previous, present or future considerations, they surrender autonomy, or their ability to direct other important emotionally rewarding ventures.  I do not intend to suggest that the police role does not constitute a noble and fulfilling component of the law enforcement professional’s identity.  However, if the officer surrenders complete control of his or her emotional energy and sense of self to the law enforcement organization, a state of over-investment can occur, resulting in disastrous consequences for the officer and their loved ones.  The surrender of autonomy has been linked to anger, cynicism, and identification with the victim mentality (Gilmartin, 2002).  Conversely, the preservation or assertion of autonomy facilitates positive mental and physical health (Slemp & Vella-Brodrick, 2014).

Fortunately, there is a remedy for the corrosive and emotionally degrading existence created as a result of the surrender of autonomy and the acceptance of the victim role.  Officers must reject the victim mentality, discard the myriad of excuses supporting the abdication of personal responsibility and reject the lie that they are powerless to alter their circumstances.  This counsel is equally applicable to post retirement planning, as well as for daily emotional resilience maintenance.  A law enforcement professional spends years providing useful, practical and common sense advice to others regarding living a happy and fulfilling life, but often fails to apply this wise counsel in their personal life.  The inconsistency between proclaimed principles of personal responsibility and action, can be likened to an expert mechanic performing daily complicated repairs on the vehicles of others, while their personal vehicle remains inoperable in the driveway.

In the realm of psychology, cognitive dissonance is the term used to describe the mental strain individuals feel as they attempt to reconcile two contradictory beliefs, ideas or values (Kenworthy, Miller, Collins, Read, & Earleywine, 2011).  When a police officer passionately exhorts others to reject a victim mentality and take responsibility for their life, while simultaneously rejecting this notion in theirs, cognitive dissonance infiltrates the psyche.  Essentially, there are three options available to the officer struggling to moderate this cognitive discord.  The officer can reconcile the disharmony by adjusting behavior towards compliance with his or her stated belief of personal responsibility for life circumstances, completely abandon the endorsement of this notion, or engage in justifying behavior aimed at convincing the psyche that the gap between the two competing beliefs is either nonexistent or significantly less pronounced than objective reality.   Far too often, the officer chooses the third option, mitigating the psychological discord originating from his or her competing beliefs by deception, convincing the mind he or she is effectively assuming responsibility for his or her life, despite objective discrepancies rejecting this notion.

Far too frequently, officers and human beings in general, reject the option that will bring comprehensive relief and propel them towards emotional healing and personal growth.  Instead of humbly and maturely acknowledging hypocrisy and altering behavior, individuals often moderate the cognitive dissonance by rationalizing their competing beliefs as perfectly appropriate, because after all, they are at the mercy of the law enforcement organization, the entity controlling every aspect of their lives (Gilmartin, 2002).  This is often achieved by citing myriad excuses related to negative perceived controlling aspects of the law enforcement career.  Essentially, the officer has determined that while it is not appropriate for others to accept the victim role, it is perfectly reasonable for him to do so.

Over-investment in the police organization and the adoption of the victim mentality, while simultaneously abdicating autonomy, creates substantial disharmony between the life the officer desires and believes he should be leading and current reality.  Fortunately, this dilemma can be resolved with a single decision, rejecting the victim mentality and resolving to assume complete responsibility for life circumstances.  Although I acknowledge the simplicity of this strategy does not automatically render it easy to execute, personal experience accompanied by significant scientific research in the realm of self-direction, verifies it is possible and practical to implement.  The discarding of the victim mentality, as well as emotional over-investment in my law enforcement organization, while replacing this orientation towards personal and family development with a growth mindset, has drastically altered the direction of my life in a plethora of positive areas.  Adequately acknowledging the depth of gratitude I feel as a result of the personal growth I have experienced during the past few years, emanating from the endorsement of my personal responsibility to assume autonomy, would be impossible to enumerate within the scope of this article. I have observed similar success in the lives of many of my peers who have chosen to pursue a similar path.

In order to demonstrate the principles discussed thus far in a practical setting, I would like to offer an example from my personal experience.  After more than four years of agonizing stress while working within a specialty unit supervised by a sergeant known for being difficult to please, I was suddenly transferred from the unit.  I had been assigned no discipline, but instead was given several superficial explanations, amounting to a personality conflict.  A new lieutenant had been transferred to assume control over the chain of command that included my unit.  Essentially, the lieutenant accepted the sergeant’s exaggerated arguments at face value. Since this new lieutenant was unfamiliar with me and my sergeant, I had not yet been afforded the opportunity to build the rapport that may have prevented this action.

Initially, I was angry and felt I had been unjustly victimized.  Would I allow myself to abdicate autonomy and assume the victim role?  Would I wallow in misery and succumb to cynicism and anger?  Fortunately, I was able to quickly gain perspective and remind myself that the organization only controlled my activity while at work, I could succeed in spite of unfair setbacks and that such occurrences are a component of the law enforcement career and the human experience.  I resolved to live my life consistent with my belief that in spite of challenges and unfairness, I alone determined my personal happiness and ultimate success.

It is important to mention my preparation to absorb this setback began several years prior.  I was actively focusing on personal development and assuming control for my life.  I had reentered academia, finished a bachelor’s degree, and was actively pursuing a master’s degree at the time of my transfer.  These accomplishments reminded me I could experience profound levels of achievement, regardless of my success or failures within the police organization.  Thus, when the sudden unfair transfer occurred, I had deposited substantial autonomous actions into my emotional resilience account, demonstrating my ability to remain self-directed.  I forgave the sergeant who initiated the transfer, reconciled with the lieutenant who executed it and performed my job back in a uniform and on the streets with professionalism.  Approximately two years later, I was transferred to the Special Victim’s Unit as a detective, and one year later, promoted to sergeant.

Throughout my law enforcement career, I have interacted with the disgruntled, angry and cynical cop who ensures everyone knows he was wronged 20 years ago and as a result, his entire career was derailed.  As the victim mentality becomes entrenched and emotional over-investment in the police organization matures, these individuals grow in their discontented nature.  Each time I come in contact with these individuals, I am reminded to avoid “being that guy.”  Sadly, many of these disgruntled police officers were once idealistic, enthusiastic and productive officers.  The good news is none of us need to become or remain “that guy.”  We can reject the victim mentality and assume control over our personal lives.  We can experience happiness and recognize the joy resulting from the assumption of personal responsibility.

The Positive Effects of Autonomy

Scientific research suggests that even simple assertions of autonomy significantly enhances both physical and psychological heath (Rodin & Langer, 1980).  When officers choose to reconcile their cognitive dissonance by recognizing hypocrisy and rejecting the victim mentality, they can pursue a path leading to healing and significant success in achieving life goals once forgotten and previously deemed unreachable.  One success creates a foundation for future success, allowing the officer to rediscover personal aspirations once held in high esteem.  Such a reorientation often leads the officer along a path of self-discovery and purpose, while simultaneously alleviating the anger and cynicism once permeating the officer’s previously endorsed victim psyche.  Naturally, the officer will develop a plan for current fulfillment, while he orchestrates an exit strategy from the rewarding law enforcement career into a new equally, or perhaps more satisfying second career.

I sincerely desire to convince my fellow brothers and sisters wearing the badge that they can realize the joy that accompanies purposeful, planned and autonomous personal growth.  Pursing such a path will not only yield results in the present, but will provide the officer the ability to develop robust planning skills, necessary to both conceive and implement autonomous pursuits.  Considerable scientific research, combined with professional anecdotal observations and personal experience, confirm the therapeutic consequences of embracing personal responsibility for navigating one’s own life.  I invite you to consider the concepts contained in this article, contemplate their application to your circumstances, and lead the life you know should and can be yours.

Sgt. Joshua Browne, M.P.S. is a police sergeant, adjunct professor within The George Washington University’s Master of Homeland Security Program, and founder of Heal the Badge Consulting.  He authors articles and provides training courses in the realms of emotional resilience and altering organizational culture towards wellness.  His efforts seek to realize the goal of fortifying law enforcement professionals, leaders and their families, by providing the necessary resilience tools for success within, outside and beyond the law enforcement career.  He also utilizes his law enforcement and academic experience, to lead individuals outside of the first responder community, towards reconciling their traumatic experiences and realizing the meaning and growth embedded therein.